In less than six months we’ve had both.  It clarified a lot of questions about how to prepare for what scenario.  Last summer we were involved in a wildfire evacuation.  Fortunately we had plenty of time to pack (two people, two horses, a dog and a cat) before we got the call to leave, and we packed very well, I think.  I drew up an inventory of what we need to have “staged” in the event of another wildfire evacuation, but I need to seriously tweak that list before the coming fire season.

They attempted to funnel virtually an entire large county onto two lane roads to go…somewhere. We burned a half tank of gas in the truck, idling at ONE stoplight.  Our Cars never go lower than half tank, and the truck has two tanks.  But we should have taken another can of gas because of the insane traffic jams.  And where to go?  To the West, mountains on fire, to the east, mountains on fire, north and south, very hard to know where to go with horses.  We stayed with friends who could have been called to evacuate themselves.  Fortunately we weren’t directly affected by the fire.  Many others lost everything when they were told to evacuate when the flames were licking at their doors.

The evacuation was historic, it’s never happened here before.  I think the authorities made horrible decisions.  The cops were racing up and down the jammed road, but there wasn’t a single cruiser directing traffic at the clogged stoplight.

Looting was rampant during the evacuation. A lot of people just decided to make a stand. We came home days before the all clear. Everything pointed to some unprecedented idiocy among the authorities.

In February we had an epic ice storm (Oregon, not Texas) that had about 250,000 power customers without electricity.  We were out for 8 days, and 12 days without phone or internet. THAT emergency we handled with flying colors.  But we learned a tremendous amount about streamlining our daily existence.

We learned that we could run most essentials on a gas sipping 2000 watt Honda Generator.  We learned that refrigerators are useless, because they warm up too quickly and cool down too slowly.  I was able to fill three ice chests with ice that fell from the trees, covered them with heavy horse blankets and they long outlasted the power failure.

The freezer remained solidly frozen (it’s in an unheated building), running the generator about 4 hours am and pm.  We used less than five gallons of gas during the 8 day outage. I took enough food out for three days’ meals at a time to avoid opening it unnecessarily.  We are going to put additional rigid insulation around the outside of the freezer.

Normally, our water comes from a 320 ft deep well.  We have never had a generator large enough to operate it, but we just bought one, based on recommendations from the blog here.  Of course, everyone’s out of stock so we have to wait for it.  But the biggest message was that we can run nearly everything that’s really essential with the small generator, while the big generator guzzles gas (or propane) at a much higher rate. Score for the small generator.

During this outage we relied on the 3000 gallon rainwater tank and the 120v pump that delivers the water.  This works great for an emergency outage in our rainy winter, but would only last about 100 days without rain.  Hence the big generator. Plus our expectation is that we will soon begin to experience California style deliberate blackouts as Oregon dismantles its energy producing infrastructure and becomes more susceptible to wildfire.

In 41 years of living here, we’ve never experienced either emergency scenario before.  It was enlightening, exhausting, and educational.  It has also eroded our sense of complacency, if we are guilty of that.

In terms of food, we’re trying to draw down the freezer and have more shelf stable food, but it’s a balancing act between what takes up space (canned) versus what takes up resources (as in water for rehydrating dried food, particularly pasta/rice/beans, and fuel for long cooking time of beans).  That’s a real balancing act I need to address.  We ate like normal people in both situations, not deprived, but canned goods take up a lot of space for evacuating (heh, how about hundred pound bales of hay!)

Anyway, I’m rambling, sorry.  It’s been an eventful six or so months! 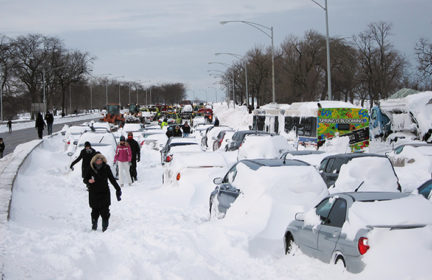