If you learn just three survival knots — Bowline, Double Sheet Bend, and Halter Hitch — you are ready for just about anything you might need in an emergency.

I’ve spent 25 years learning and teaching survival knots as a S.E.R.E. Specialist in the military, a survival school teacher, and media consultant. I love skills that are easy to learn, practical to remember, and give huge advantages in survival situations.

There’s a reason why “cordage” (a fancy word for ropes and lines) is one of the most basic items every good survivalist has in their kit: you get a ton of bang for your buck. Cordage is cheap, lightweight, compact, and durable, yet has a 1,000 different uses in emergencies.

There are hundreds of different knots and variations with technical sounding names and lingo, which is why many people wrongly think that rope work is too challenging and specialized to learn. Or, some think that they can survive with the basic tie-your-shoes kind of knots.

A basic rule of survival is to get a lot of output for as little input as possible. There are plenty of fancy and specialized knots, and you can spend a LOT of time learning to look cool and impressive (it may even be fun), however to get a job done you only need a few.

My journey into the world of knots, hitches, and lashings started in 1991 when I began my training as a US Air Force S.E.R.E. Specialist (Survival, Evasion, Resistance, Escape).

I was hooked after the first Bowline. We were taught about 25 knots, hitches, and lashings during training, and we used them for everything from making shelters for any environment, to rappelling down rock faces, to making sinks and drying racks for use around camp.

Since then, I’ve added to both the number and variations of knots I know and work with. I now own a survival training school and have taught countless new people how to use cordage in survival situations. I’m also a consultant on survival TV shows like Science Channel’s Hacking the Wild. 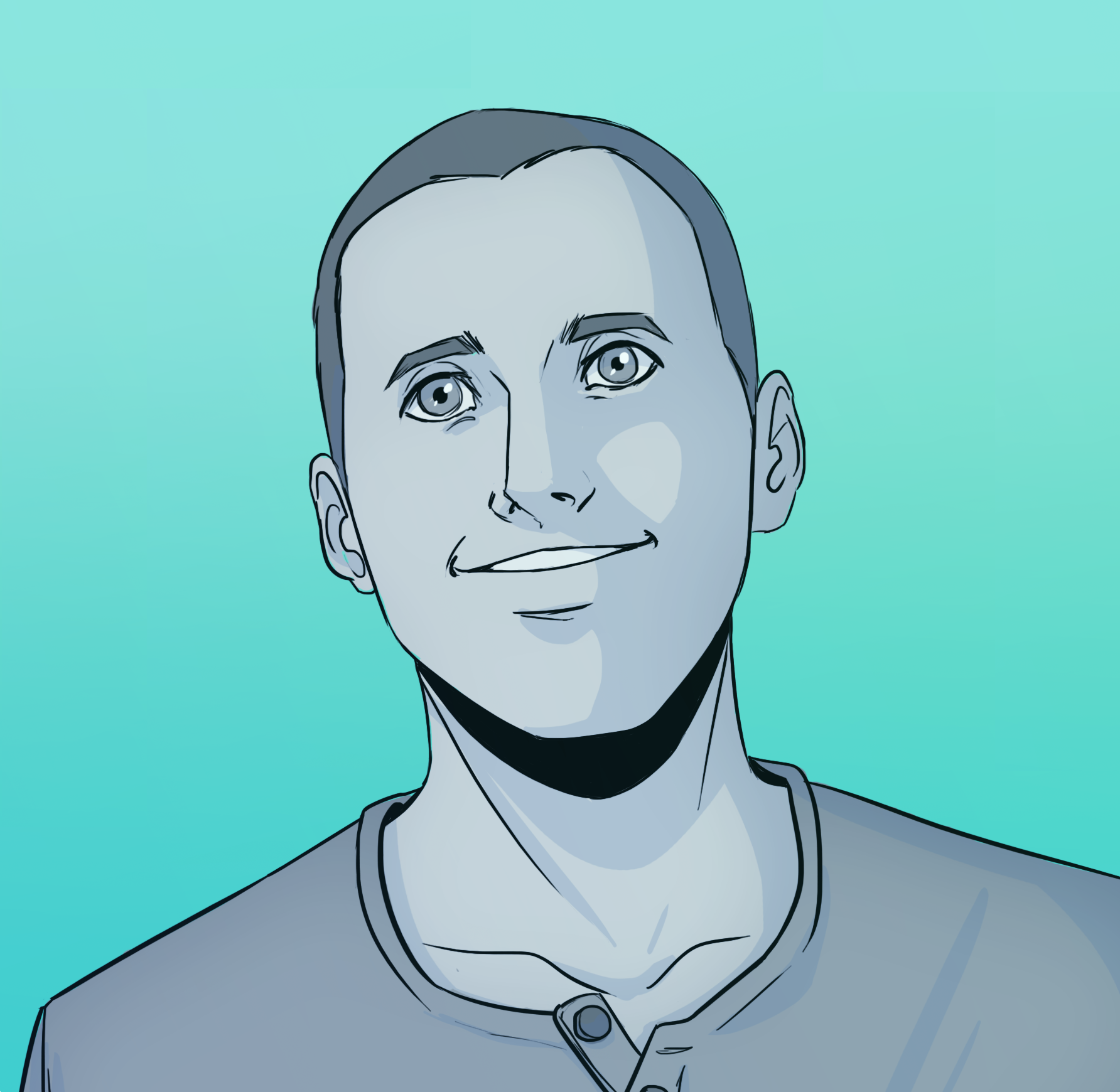 Founder of The Prepared. Prepping for 16 years and teaching others for 12. Background mostly in Silicon Valley and government. Advised White House and DOD on emergency technology (eg. I co-founded the Defense Innovation Unit) and related issues like economic decline. Have worked in 30+ countries on everything from climate change to social unrest.

Don’t be intimidated by all the fancy sailor-sounding terms when it comes to knot tying. Let’s cover the basics so that it’s easier to follow along when practicing. There are three parts of a line

Review: Best tarps (and why you want to avoid grommets to begin with)

When you grab a loose section of the rope that’s not crossed in any way you’ve just taken a Bight of the rope. Think of it like a kink in a garden hose, or a pinch of the rope body.

A turn is when the rope goes 360 degrees around another section of the body.

The difference between a bight and a wrap when you’re tying around something like a tree depends on how far you bend the rope. A simple 180 degree U-turn is a bight around the tree. A full 360 degrees would be a wrap.

The tail or tag end is the small section of the working end left over once you’ve done the knot or made a bight.

There are sloppy knots and well-dressed knots. It’s important a knot is “neat”, as if it was getting dressed up for a fancy shindig.

A knot that is not dressed properly may have twisted lines that put more stress on those areas of the rope. It may also not lay or be tensioned properly, which can cause slipping and malfunction of the knot. It’s not enough just to make a knot that is looped and tied in the right way — take care to keep things neat and tidy.

A Bowline is the best knot that makes a fixed, non-slipping loop at the end of a line. You might end up using Bowlines every day because they are super handy.

Fixed loops are useful in a variety of situations and there are many different ways to make them. I’ll show you the common way and my favorite way to tie a Bowline.

We chose the Bowline because it’s quick to tie and easy to release. However, many other fixed-loop knots are difficult to release after being loaded, like the Overhand Loop or Figure Eight on a Bight. Or they take longer to tie around something like a tree, grommet, or handle, such as the Perfection Knot, Figure Eight Follow Through, and Bowline on a Bight.

If you saw the recent movie Hacksaw Ridge, the main character Desmond Doss (who lowered over 75 injured men down a cliff face) used Bowlines for the makeshift belay harness.

Examples of when you would use a Bowline:

Common way to tie a Bowline

My favorite way to tie a Bowline

A correctly tied Bowline will have a noticeable bight around the body of the rope and will not not slip when either the body or the loop itself is tugged on.

Another aspect of a true Bowline is that the tail will fall inside the loop, not outside. This may be important in high stakes situations because the tail is less likely to snag on something.

Some in the community will argue that one version is better than the other. Although I’ve never had a Bowline fail no matter where the tail ends up, we recommend doing the inside version since it makes sense to be more protected.

To untie a Bowline, find the bight around the body and lift it up. This loosens the knot and makes it easy to pull apart.

The main modification you may want to know for a Bowline is how to safety that little tail so it can’t snag on anything or get yanked sideways and potentially loosen the knot.

The second essential knot is the Double Sheet Bend, a knot that joins two lines together to make a longer section of rope. It’s sometimes known as a Weaver’s Knot. We chose the Double Sheet Bend because when you’re in an emergency, you can’t be picky and you need to move fast. DSB’s are great because you can use lines of differing thickness, like an electrical cord and a dog leash. Most bends, like Reef, Hunter’s, and Zeppelin Bends, can only be used with line of similar diameters.

Second, the Double Sheet Bend is fairly easy to learn and has modifications to make it more secure in personal safety situations, like joining two ropes you need to hang from. It’s also easy to see if you’ve tied the knot correctly, unlike several other bends that can look dangerously alike and are thus easy to tie incorrectly (such as the Butterfly, Ashley, and Carrick Bends.)

Lastly, although it’s secure it is also very easy to untie and will not lock up or jam, so you can easily get the lines apart and re-use them quickly.

Examples of when you would use a Double Sheet Bend:

How to tie a Double Sheet Bend

There is a downside to the Double Sheet Bend: it’s not as strong as some of the other bends, and can slip if one or both of your lines are very slick, like a smooth electrical cord with some grease on it.

But you can modify it into a Triple or Quadruple Sheet Bend by simply making one or two more turns around the bight with the thinner line going back under its own body each time. You can reduce the chance that the thinner line slips out when under tension by putting a stopper knot on the tail of the thinner line, snugged right up against where it exits the bend. You can make the Double Sheet Bend even stronger if you change the half-moon bight of the larger line into a fixed closed loop Bowline.

Lastly is the Halter Hitch, sometimes known as a Slipped Half Hitch, an incredibly useful knot that can tighten or hold a line yet is very easy to release.

Technically a hitch is different than a knot. Knots function properly with just the line(s) you’re using. Even if you’re tying a knot around a tree, like the Bowline, you don’t need the tree in order for the knot to hold. A hitch needs something else, like a tree or a carabiner, in order to function.

The strength of a hitch is often determined by how much friction is created by the object it’s tied around. For example, a tree has more friction because of the bark compared to a smooth flagpole. The Halter Hitch is no different, though it is always tied back around the rope itself and thus the rope will be creating most of the friction to reduce this problem.

Examples of how you can use a Halter Hitch:

The main advantage is how easy it is to untie. If you need to move quickly, you can put up a simple tarp A-frame in about 5-10 minutes and have it down in less than 30 seconds. It also uses less line in the tying compared to alternatives like the Slippery Clove Hitch, and is easy to tie under tension unlike the Siberian Hitch.

How to tie a Halter Hitch

If you want to make it more secure or turn the slipped loop into a fixed loop, make an underhand loop in the tail and place it over the loop of the hitch, then pull the underhand loop tight. You will see different ways to “secure” or safety the Halter Hitch if you google around; ignore them, they make it much more difficult to release once it’s been under tension and limit what you can do with the remaining line.

If the object you’re tying around is very slick and you have a long enough line, you can make one or more wraps around the object first before making a bight around the body and tying the Halter Hitch. This reduces the pressure on the hitch considerably and helps it hold better. Make sure the coils around your object are dressed well.

Grog’s Animated Knots describes an unslipped basic version of this as the “Noose Knot”, but we prefer the slipped version described above because it’s easier to remove.

This seven-strand 550 paracord from 5col is the winner of our paracord review.

Knots are a diminishing skill — if you don’t practice every once in a while, you’ll forget how. You don’t want to be stuck, trying to remember how to tie at the moment your life depends on it. We know from teaching lots of new survivalists that the best way to learn these knots and truly bake them into your memory is to practice, practice, practice.

You can survive most situations with just the top three. If you want to dig deeper, here are 10 more knots that might be better in more specialized situations.