Which roads are safest for travel?

Hi!  I’m new to prepping but feel I am making good progress. I’ve got a good start on medical supplies, food, water (including a Berkey) but can’t get my mind wrapped around bugging out. Part of my stress lies with the topic here. The apocalyptic books I am addicted to always talk about roadblocks and stopped traffic that makes travel impossible. So two questions really. First, is that overly dramatic?  Second, are interstates or back roads better?  I live in a rural area, have good neighbors who know how to handle weapons, have a well and creek, and have room to garden. My hope is to be the spot where people can bug out too but I know I need to prepare for that eventuality. As I write this I realize there’s one other question. Any idea in a shtf situation will travel become bad as in dangerous?  Sorry for the length of this. 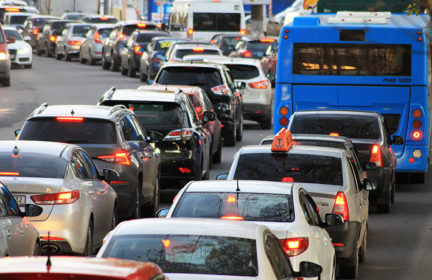