What to say to kids instead of “be careful!”

Thought this was worth sharing with any parents. I like the spirit behind this idea – get their brains configured the right way early on! You can see how small differences in wording make the difference between being average and having an aware/prepper mindset. 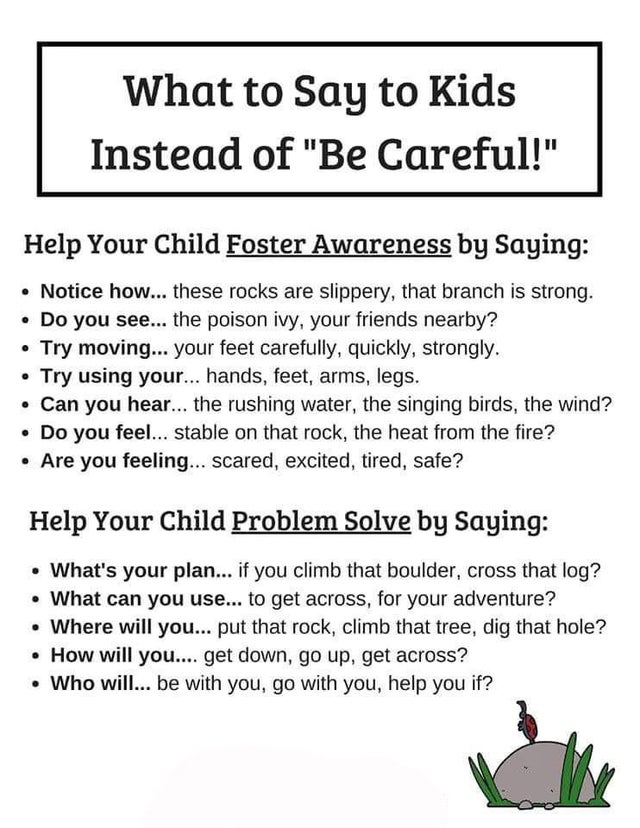