Winter Field Day is coming up in the ham radio world, which invites ham radio operators to take their gear outside and get some hands-on experience with emergency communications. We’ve talked about sending email with Winlink, but I’ll show you another trick that lets you send SMS text messages over JS8Call, which is a lot easier to use than Winlink.

We last discussed JS8Call when I participated in an AmRRON exercise to track the grocery supply chain. I went into deep detail on the setup and how it works in that post and won’t repeat everything, but here’s a quick rundown:

JS8Call is like a chat room that works over ham radio. Think IRC or Slack.It works over HF, which means you’ll probably want a General license to take advantage of it (but Technician-class operators have data privileges on 15 meters). It requires a real-time clock, either provided by an Internet time server or through GPS via a GPS USB dongle, which lets you operate off-grid.

JS8Call is one of the best digital modes to learn, as it’s relatively user friendly, let’s you automatically exchange status messages with other operators, and lets you relay messages so you can reach operators you couldn’t otherwise. But JS8Call has another superpower: it can tap into the extensive APRS data network. APRS is short for Automatic Packet Reporting System, a radio data network that’s been around since the ‘80s.

Well before cell phones were popular, hams could use APRS to send text messages, get weather reports, and track object locations. These days, APRS is tied into the SMS network.

APRS works over short-ish range VHF/UHF, but thanks to the JS8Call integration, you can tap into it from anywhere in the world.

To send an SMS text message over APRS, send a message in this format:

The format must be exact. Note that there are three spaces between :SMSGTE and :@NUMBER, and yes, you must put the “@” before the phone number.

If you hear about this on YouTube or elsewhere, you may see a different, older format that has since changed. The one above is now the correct format as of January 2022.

Screenshot of how it looks: It takes a few seconds for the message to send, and then around another 30 seconds until the recipient receives it. One thing to know: when you do this you’re sending a cell phone number over public airwaves. Also, it will be logged in the APRS system for all to see. Finally, the recipient has no way to respond to your message.

However, if you have a power or telecommunications outage, JS8Call gives ham radio operators a simple way to contact loved ones even if they aren’t hams themselves. 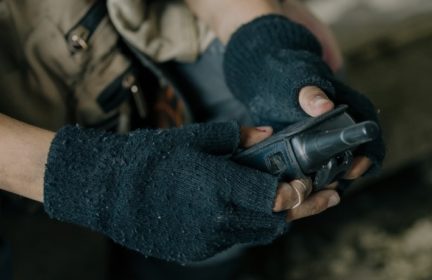