Some things to consider when building fallout shelters

I’ve long had an interest in the construction of nuclear blast and fallout shelters. Most preppers will be familiar with Cresson Kearny’s guidebook, “Nuclear War Survival Skills” (NWSS), which is available as a free pdf here (save a copy!). Anyone interested in the construction of a fallout or blast-resistant shelter should start by reading this guide, which is excellent.

I have some reservations about strict adoption of NWWS to mitigate contemporary nuclear threats. Kearny’s book was largely a response to underfunded civil defence. He operated on the premise that prior to a Russian first strike there would be a significant exodus of civilians from Russian cities. Having detected this migration via satellites, the US civilian population would have 3 days to migrate to rural areas and construct fallout shelters. There are many open questions regarding this strategy. Some thoughts on how contemporary shelters could be modified:

We should divide shelters into 2 major types, those that are within an existing building – usually the basement of a home – and those that are separate. How should you decide between the two? Kearny believed that freestanding shelters were significantly more robust, mainly due to fire risk. On the other hand, basement shelters are considerably less expensive to construct. In addition, it’s somewhat of an open question whether basement shelters could add reasonable fire protection – or even shockwave protection – given contemporary materials, back-up power systems, filtration, ventilation, and airtightness levels. Overall, my sense is that people would ideally have some idea of the threat of fire risk, and gravitate towards basement shelters in the majority of cases where the fire risk isn’t extraordinary, due to the cost savings. I’ll try to cover both types, but will start with the basement.

I’m going to start with a basement shelter that modularly moves through a descending order of priorities. The basement would ideally have a clearance to the bottom of the first floor joists of 7’6″ (or more), which should provide an interior headroom clearance of ~6’. I’ll add an asterix where where I have a lot of uncertainty.

The driving principle to reduce gamma radiation exposure is to place a high mass between you and the source. We have to assume that gamma-laden fallout dust will be distributed everywhere outdoors, so this means placing mass between you and all lines of sight to outside (gamma doesn’t tend to bounce around corners). In fallout literature, people often refer to a material’s “halving thickness” which is the thickness required to reduce gamma radiation by 50%. Concrete’s halving thickness is 2.4”. In the case of a basement shelter, a realistic target is to place 12″ of concrete overhead, which is 5 halving thicknesses. In conjunction with other materials in the joists directly overhead, or other layers of the building, we could likely achieve 6 halving thicknesses, equivalent to roughly a 98.5% reduction in gamma penetration (2).

Here are some instructions for building a shelter with an interior of roughly 7′ wide & whatever length you specify (although working in modules of 4′-8′ is sensible). The frame consists of a supported ledger and a parallel stud wall. These support joists that support ceiling joists that support a ceiling mass (ideally concrete). I have a spreadsheet cutsheet in the works but it’s not ready for primetime.

This should complete a reasonably well protected overhead mass. If folks are interested I’ll try to work on the wall section. Hope you enjoyed this! 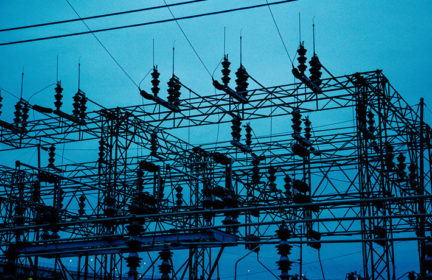