If you read our review of airguns for prepping, then you already know all the reasons why an air rifle is an amazing prep — not just as a firearm alternative (though it can work in that role), but as a weapon in its own right. With the right big-bore air rifle, you can get the same level of lethality at short ranges (out to about 40 yards) as you can with a pistol or centerfire rifle. As always, shot placement is key, but these weapons pack a surprising punch.

To find out for ourselves just what a modern air rifle can do, we took a 50-caliber Seneca Dragon Claw out back and blew apart some cinderblocks and punched holes in wood. We fired both Air Venturi hollow-point bullets and Air Venturi 50-cal Air Bolts, and we definitely saw that the heavier Air Bolts pack a bigger whallop.

The rifle and testing setup 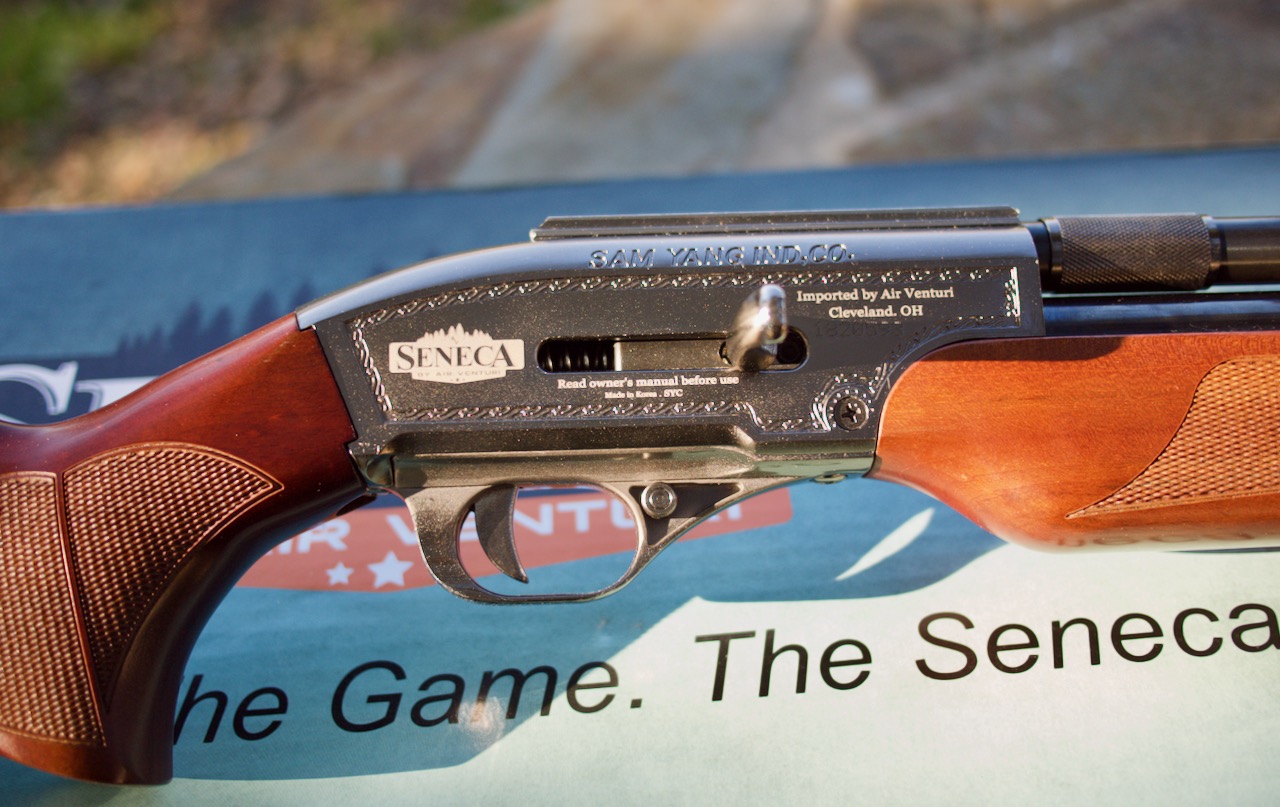 The Seneca Dragon Claw is a $700 air rifle that’s made in Korea, and is used on game from deer to African Cape Buffalo. It’s capable of firing either bullets or arrows with broad-heads mounted on them.

The 185-grain (“grains” is a unit of weight for ammo) hollow-point bullets I used in this testing are relatively lightweight, and I could have gotten more dramatic results with the far heavier 336-grain flat nose bullets. The Air Bolts are over twice the mass of the bullets — the tip alone is 100 grains — so they hit a lot harder and can take bigger game. But you do have to get closer to the target with the arrows, because the bigger the mass the shorter the range. All the arrows used in this test had plastic field tips installed.

All the shots in this test were fired at a distance of 20 yards, or about half the Dragon Claw’s usable range. These are bowhunting distances, which is appropriate because an air rifle is better thought of as a higher-powered alternative to a bow or crossbow than a long-range firearm alternative.

I used a $1,500 Air Venturi 4500PSI compressor to fill the rifle, a compressor so Gucci that even my non-gear-nerd wife thinks it’s cool. I haven’t used many airgun compressors, so I don’t have much context for what this does that others don’t. But it’s a breeze to use — I just plug it in, flip the switch, and go. For most of these shots, I filled the tank right up to the green/red line (200 bars). So in between each shot I’d briefly plug it back into the compressor to top it off. Disclosures and disclaimers: Airgun shooting is its own skill. You use a different hold than regular rifle shooting, the recoil impulse is different, and the velocity of successive shots decreases (resulting in downward point-of-impact-shift) as the air tank pressure gets lower.

All of this is to say that I’ve just started learning how to shoot this gun, so don’t attribute any flaws in my shooting to the Dragon Claw. At some point, when I’ve got my act together more, I’ll be able to test for accuracy and report on group sizes. The main purpose of this review was just to see this gun break things.

The ammo, air compressor, and gun used in this review were all provided by PyramydAir. As always, our Prepared Promise means we tell it like it is, regardless of where the gear came from. I started off firing into a one-inch pine board from Home Depot, just to make sure the bullets would punch a clean hole. They went right through without a problem. I did some shots at a cinderblock next. The bullets broke up the block, but the video I took for that wasn’t slow-motion and was from further away, so I’ll skip those clips because they’re not that interesting. I can report, though, the first shot tore a patch out of the face, and the second demolished the front part. I wanted to see if the bullets would go through the board and still break the block, so I set up the following and then videoed from behind: 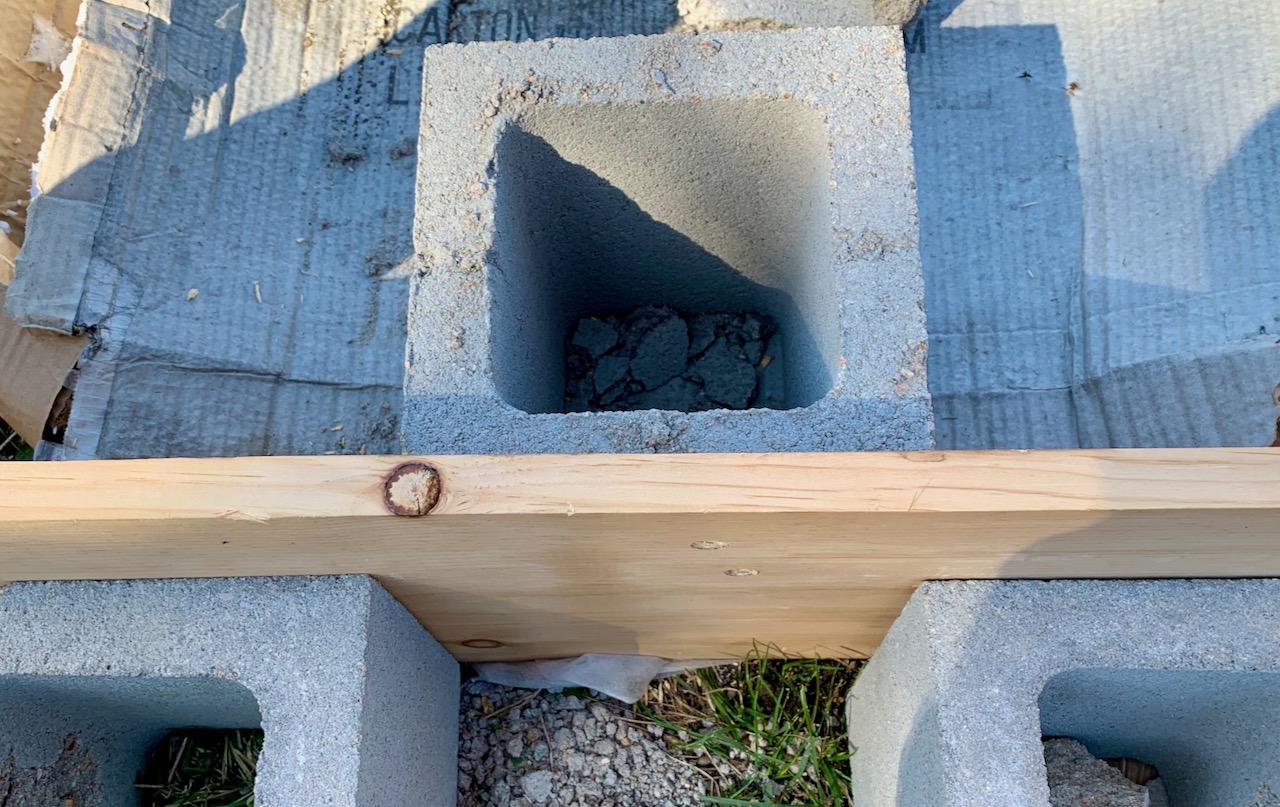 The video for this session is also unexciting — the bullet punches through the board and moves the block back, but doesn’t break it or damage it much. Next up, I changed my tripod location and used the iPhones’s slow-motion feature to capture some video of the .50 caliber bullets being fired directly at a cinderblock. The first shot removes some of the face off the block and weakens it structurally. The second shot is a flyer (cut me some slack, I’m learning) that clips the edge off the block. The third is a direct hit that cleaves the block in two.

The video’s remaining shots with a different setup are me destroying the still-intact face of a block with a single shot, and then taking apart some of the chunks with followup shots.

I then moved on to shooting the cinderblocks directly with the air bolts. You can see the results in the first video in the intro section, where my first shot was low and took out part of the block beneath the main block. The second shot punched right through the block and split it in half. I also tried out the same board-in-front-of-block setup as with the bullets, to see if the arrow would punch through and break the block. The arrow went into the board and blew a chunk out of the back wall of the block, but it didn’t break out.

Finally, for reference, and also because it has been a long time since I shot a full magazine of self-defense ammo from my everyday carry guns just to function check, I took some video of myself shooting cinderblocks with two of my handguns.

Conclusion: yes, you can use an airgun for large predators

The videos leave no doubt: a big-bore airgun packs a big enough punch to get it done. The Dragon Claw is absolutely a viable alternative to a firearm for home and property defense, and hunting — though we have to be very clear that a firearm is far preferable in any defense role.

We laid out a number of reasons in the airgun review why some folks might have a need for firearm alternatives. So if you’re one of those folks and you can afford the price tag on a big-bore air rifle, you can buy it secure in the knowledge that it is definitely lethal at home- and self-defense distances.