In our online travels, we sometimes see preppers buying pairs of BaoFeng handi-talkies for themselves and their distant loved ones because they think they’ll be able to communicate over hundreds of miles in a grid-down. Nothing could be further from the truth. The BaoFeng’s range isn’t anywhere close to that.

Yes, the popular BaoFengs are amateur (ham) radios, and the right ham radio can indeed communicate over hundreds of miles. But BaoFeng handi-talkies are not the right radio for long-distance comms. So before you make any prepping plans that involve one of these devices, you should know what they can and cannot do, and why.

Be sure to read our beginner’s guide to amateur (ham) radio for preppers for a better understanding of how these technologies work. 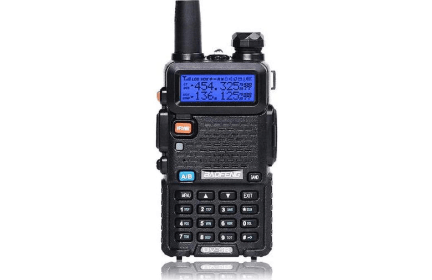 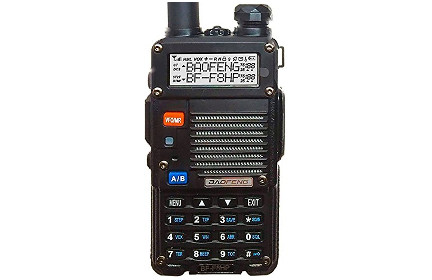 An upgrade to the classic BaoFeng UV-5R.

Not all ham radio is the same

It’s easy to see how people get confused about the BaoFeng’s range. When you think of ham radio, you probably picture a middle-aged guy in a shack with a table of electronic boxes and a big desk microphone, talking to people all over the world. That’s what’s known as high frequency, or HF communications, which take place between 3 and 30 MHz.

But HF is only a small slice of what ham radio is, and at least in the United States, it’s a pretty exclusive club. To make much use out of HF, you need two amateur radio licenses from the FCC: Technician, which is the entry-level license and General, which is the mid-level license.

If you have only the entry-level Technician license, you’re mostly stuck with the frequencies designated as Very High Frequency (VHF) and Ultra High Frequency (UHF), which is what your BaoFeng uses.

What’s the difference between VHF/UHF and HF? HF consists of longer electromagnetic waves that travel long distances. HF waves also can bounce off the earth’s ionosphere, which is how they can propagate all over the world. That’s called skywave propagation.

VHF and UHF have characteristics opposite those of HF. Such stations need to have a direct path between each other, with no major obstructions in between. VHF tends to have the greatest distance, so I’ll mostly focus on VHF from here on out.

A particular challenge for handheld radios like most BaoFengs is output power. BaoFeng handi-talkies tend to be rated at 5-8 watts, though the actual wattage tends to be lower. By comparison, most HF radios transmit at 100 watts and many mobile VHF radios transmit between 50-75 watts.

You might stumble across videos like this one: “Baofeng UV-5R ham radio, talking from Atlanta to Seattle” and be misled into thinking that a BaoFeng can reach such distances on its own.

To be clear, the guy in the video isn’t trying to be misleading. As he explains later in the video, he uses an internet-based system called EchoLink to expand his radio’s range. He transmits to an EchoLink-connected repeater in Atlanta, the signal travels along the internet to the EchoLink repeater in Seattle and transmits his signal over the air on the other end of the country.

You don’t even need a radio to try this out. There are free apps for iPhone and Android that you can use as long as you have a Technician license and internet access.

EchoLink is a neat technology, but it’s dependent on the internet, which defeats the grid-down preparedness purposes of ham radio. You might as well use an app like Zello and save money on the radios.

There are some other things that can propagate VHF/UHF signals much farther than usual, such as tropospheric ducting or bouncing signals off satellites. But both of those depend on specific conditions and may not always be possible. Those are definitely good things to know about, but when formulating an off-grid communications plan with loved ones, we want to zero in on simplicity and reliability.

How can we overcome these limitations without resorting to the grid? There isn’t much to be done about power, other than buying a new radio, but there are a couple of other variables we can adjust. The most important of these is height.

I live in a valley far away from cities, and even with my best antenna—a truck-mounted Nagoya UT-72—there are very few repeaters I can even listen to. But if I climb up the steep hill behind my house, which raises my elevation by about 60 feet, suddenly an entire world of communications opens up, even with the lousy stock BaoFeng antenna. I can hit repeaters up to 34 miles away. 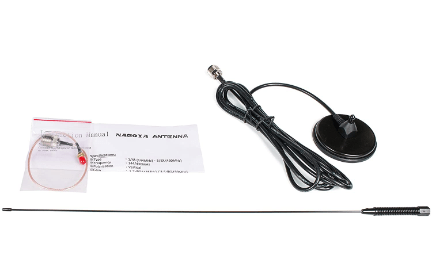 Best for your car

This is a reliable antenna that can be mounted on top of your vehicle. Great for a bug out, or for just driving up to the top of a hill to increase your range. 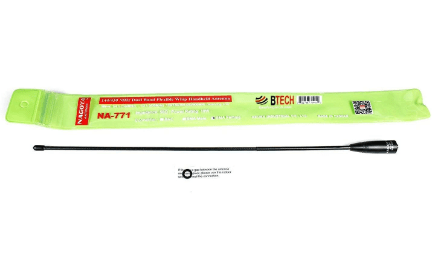 Best for most people

The gold standard in BaoFeng antennas, this antenna will get you the most out of your radio under the majority of circumstances.

The key to effective VHF/UHF communications is height. That’s why repeater towers are placed at high elevations and raised as high as possible.

You might think a longer antenna would help, but not as much as you’d think. I’ve tried several antennas on the hill, and none of them are dramatically better than the stock one. My longer whip antennas like the Nagoya NA-771 do a little better, and if I could get my slim-jim antenna high up in a tree to add more elevation, that would probably help even more, but the vast majority of the benefit comes just from climbing up the hill.

Let’s circle back to your original problem: long-distance communications in a grid-down scenario. Obviously, your first and best options for disaster comms are telephone, internet, and satellite. Even in pretty severe disasters and civil wars, these services usually still work — satellite in particular will work even after most end-of-the-world-as-we-know-it scenarios. But we’ll stick to the BaoFeng handi-talkies here.

Provided your definition of “long-distance communications” is about 30 miles, then you can make the two-way VHF/UHF BaoFengs work. The key is wattage and elevation, both of which will require some experimentation with your communication partners. As with any troubleshooting, start with the easiest and cheapest things and move on from there.

Begin by just trying to communicate with your BaoFengs normally. It helps if you have a backup means of communicating like a phone. If that doesn’t work, try having one party and then another increase their elevation. If elevation doesn’t solve the problem, you’ll have to throw money at it, with higher-powered radios like the Yaesu FTM-3100R, which can transmit at up to 65 watts. A higher-powered mobile radio from a reliable brand. This is perfect for a bug out vehicle or a towable trailer. The higher wattage gives it far more range than the hand-held BaoFeng.

Don’t let me dissuade you from getting a BaoFeng and studying for your Technician license. But before you pull the trigger, understand that while the BaoFengs are useful radios, they won’t help you talk cross-country. Again, check out our guide to ham radio to better understand how all of this stuff works.