What are useful civilian and semi-military organizations for prepper?

Having recently gotten my ham radio license, mostly for prepping purposes, and not being that keen on joining my local ham radio club, I’ve been thinking about what other organizations I might plug into to be more prepared for emergencies. There are of course volunteer emergency response groups on the city level.  Around here that’s called CORE and they’re trained by the fire department. I personally have stayed away from them because it seems like a large time commitment and (the real reason) because I suffer from serious blood-and-guts squeamishness and don’t want to hear about emergency surgery preformed with a knife and an empty potato chip bag.

But I was also wondering about the lesser known organizations. I admit to having an unfulfilled dream of joining a military reserve and also of becoming a sailor, so I know a little about the semi-military organizations that are out there but not very visible. I’m not talking about guys in camo running around the woods with rifles, preparing for a race war. I’m talking about government-sponsored organizations. There is the US Coast Guard Auxiliary, which is a volunteer, civilian arm of the Coast Guard. They have their own missions of boating safety but also can substantially support the Coast Guard in their missions and have access to a lot of Coast Guard training.

The Air Force has a somewhat similar (but differently organized) service called the Air Civil Patrol. Some states have a military reserve, which is a state-only military force that steps in to supplement the National Guard or, potentially, to replace the National Guard if the NG is federalized and sent overseas. The state military reserve can’t be called up to serve out of state. They serve mostly as volunteers though they can be called up to active duty and get paid as soldiers do for a limited amount of time. None of these services carry weapons (although I’m not 100% sure about the state military reserve).

All these services seem like they have access to a lot of training and can be part of emergency response networks. I’m intrigued by the idea of getting involved in one of them if there is actually a practical prepping benefit to them and if I wouldn’t just be playing soldier/sailor, and also if it doesn’t involve being exposed to a lot of right-wing hate speech. Also though, I’m interested in learning about other organizations that exist largely under the radar but would be useful for preppers. The caveat is that I’m a pretty busy person already, so am not looking for another hobby or group that would be a giant time commitment. What has your experience been? 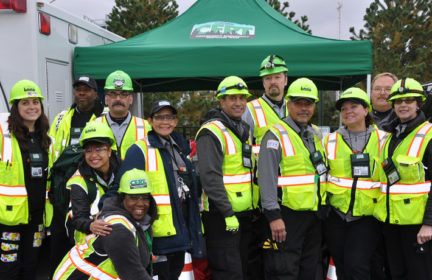