Report from the front lines of the heatwave apocalypse

Greetings from eastern Washington state, where each of the past three days have broken all previous heat records (and it’s still June!).  Today will hopefully be the first day in nearly a week where the high will not reach triple digits, but the forecast predicts high temps in the upper 90s/100s for at least the next 10 days, so we have a ways to go.  We’ve had several days where the temps have reached 110+, and have seen widespread planned and unplanned blackouts.  I’m sure you’ve all seen the headlines, but know the heatwave we’ve been experiencing throughout the Pacific Northwest is unprecedented.  I’ll add that there is another looming disaster that I fear might push things over the edge; there is a nation-wide chlorine shortage that is hitting the west coast particularly hard.  I wouldn’t be shocked if boil notices were issued soon.  It’s easy to imagine how a boil notice during 110 degree weather with rolling blackouts, along with the forest-fire smoke we all know is coming, will create a downright dangerous situation.

I, like many in this region, don’t have air conditioning.  I’ve lived in the PNW for several decades, and other than a week or so each summer, AC simply isn’t needed and has not been a part of building plans.  Our usual high temps for this time of year are in the upper 70s, so right now we’re running about 40 degrees hot.  I’ve taken measures to insulate and make my 100+ year old house as efficient as possible, and when the temperature is “normal” we do quite well.  We have storm windows, efficient siding, an attic fan, energy-efficient curtains and shades, etc.  We have done the eco-friendly responsible thing, but it is clear that that approach is no longer sustainable if this weather persists.  We really have done everything right, which is why this is so frustrating and humbling.

Perhaps the biggest challenge has come from the fact that our “low” temperatures each night are only getting down to the high 70s.  This all but makes the “open up and cool your house down at night” approach futile.  Each day I’ve watched the interior temperature in my home rise: at 5am we’re lucky if the interior temperature is lower than 85.  By 5pm the interior temperature has been reaching the upper 90s.  The house is simply cooking, you can feel the heat in the floor as you walk barefoot, or in a plate that you pull from the cabinet.  The house, and everything in it, is heating up and retaining that heat. Our front door has become so warped that it is nearly impossible to close and lock.  The siding on a neighbors house is literally peeling off.  The room temperature in our kitchen is so high that the refrigerator is running non-stop, pushing its motor harder than was ever intended. Our attic temperature is so high I’m terrified of fire.  On a wider social/infrastructure scale, the electrical grid is not at all equipped to deal with the combination of heat and electrical use (hence the planned and unplanned blackouts), asphalt roads are literally cracking and buckling, and tap water is running warm and tastes terrible.

My preps have helped a bit: I’m double-filtering our water and have plenty of water stored, so we should be okay on that front for a bit.  I’ve covered the south and west facing windows with cheap mylar emergency blankets.  It’s made the house look like a baked potato wrapped in tinfoil, but has likely kept the interior temps down a bit.  We have very strategically placed fans all over the house, and have been doing all the recommended things to keep cool.  We have a generator to power things if the rolling blackouts turn to days-long blackouts.  But that all said, if the weather were to stay like this for several more days I suspect we’d soon have interior temps over 100, and perhaps eventually reach temps hotter than the exterior highs.  It’s become very clear that air conditioning, along with an independent means to power it in case of grid failure, is a vital prep for this new world we live in. 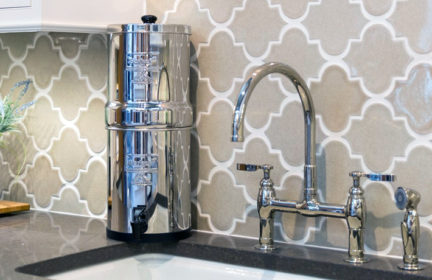 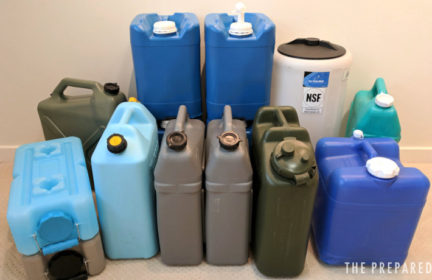