Of all of the products Apple released in 2021, perhaps the one that’s received the most press — for good and ill — is the AirTag, a small, cheap (for Apple), tracking device. The idea is that you slip it into a bag or attach it to your keys and you can easily track down the AirTag’s location with your iPhone. The other side of the coin is it’s feared to be a potent tool for stalking and auto theft.

What makes the AirTag different from Tile and other trackers?

The concept of a small, portable tracking device isn’t new. Ham radio operators have been using APRS for such devices for decades, and object tracking entered the mainstream with the Tile trackers. But what makes AirTag different is the power of Apple’s extensive Find My network. Tile trackers aren’t very useful because most of the time, it’s limited by the transmit distance of Bluetooth, about 30 feet. The AirTag also works by transmitting a Bluetooth signal, but it uses every nearby iPhone, iPad, and Mac with the right system requirements to relay the signal, and there are a lot of those out there in the wild — millions and millions. Tile has a similar networking technology, but the network isn’t anywhere close to as extensive.

The Find My network works silently in the background. If you have an Apple device, you won’t notice it being used. And the Find My network uses encryption and other technologies to protect your privacy from the devices relaying the signal.

How extensive is the Find My network? Kirk McElhearn mailed one to a friend and discovered that he could track it practically in real time. Every time the AirTag gets near a compatible Apple device, it relays its location to Apple’s servers.

How does an AirTag help me track objects?

The AirTag has three mechanisms to help you pin down its location:

Do I need an iPhone to use an AirTag?

For all practical purposes, yes. You can view an AirTag on the map with the Mac and iPad versions of Find My (not the web version on iCloud.com), but you need an iPhone 11 or later for the precision tracking that helps you find the AirTag once you’re in the general proximity. You need an iPhone, iPad, or iPod touch to set up the AirTag.

Apple has considered what happens if a good samaritan without an iPhone finds your AirTagged item. There is an NFC chip built in that can be scanned with an Android phone, displaying your name, phone number, address, or whatever information you decided to share on the AirTag.

What can I use the AirTag to track?

Keeping an AirTag with your kits can help you find them when you need them and can’t remember where you put them. It may also help if your bag or other kit is stolen, assuming you’ve hidden the AirTag well and the thief isn’t actively looking for one.

There are creative uses for AirTag as well. An Army wife stuck one in her family’s stuff so they could track a moving truck. When the driver kept delaying and making excuses, she tracked the AirTag location to quickly figure out that he was full of it.

Can an AirTag be used for stalking?

There have been a number of media and police warnings about AirTags being used by criminals, including a model finding one in her pocket and people finding them attached to their vehicles.

Apple shipped the AirTag with a number of anti-stalking protections. Most notably, you’re alerted if an AirTag not registered to your iPhone is found nearby. It can lead to false alarms, like if you’re on a bus with someone who has an AirTag in their backpack. And it only works if you use an iPhone. Expect Apple to do more soon to address criminal usage of AirTags (and the bad press).

Can I share an AirTag with a family member?

Find My lets you track the locations of members of your Family Sharing group, as well as their registered Apple devices. That’s really helpful when, say, your spouse has lost their iPhone. Unfortunately, it doesn’t work that way with an AirTag. An AirTag is tied to a single Apple ID and isn’t shared. That can be really annoying if you borrow your spouse’s keys with an attached AirTag and get stalking warnings.

How long does the AirTag battery last?

Apple says the AirTag battery should last about a year. Amazingly for an Apple product, the AirTag takes a standard CR2032 battery that you can easily replace yourself.

How do I attach an AirTag to stuff? 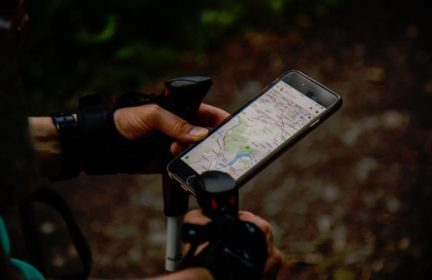