Drought and how to prepare for food production

I am posting this separately so it doesn’t get lost in the original thread “Adventures in survival gardening: planting, sunstroke and aphid apocalypse” that led to this thread on “Drought and how to prepare for food production.”

There are two more issues to deal with:

I just came back in from finding a carpenter ant. Luckily, I had experience with them once and now I spray any vector points for entry into my home including up between the foundation and stucco to ensure they don’t get in the house that way.

These ants, for those who haven’t seen them, are gigantic. They will destroy the wood in your house as will a termite, however they don’t eat the wood but nest in it by tunneling throughout the studs. They can turn wood studs into chop sticks.

The search for info on aphids resulted in the news article linked below. We are in some big trouble if we don’t get rain.

The irony is that I remember when I first moved back to Manitoba in 2005, we faced record breaking rainfalls. There was the “worst flood in 50 years” and then the “heaviest rainfall in 100 years” until they gave up quantifying it and just called the heavy rainfalls “record breaking.”

It is official. The prairies are in a drought, but as the article states, so is a swatch that stretches from Vancouver Island (known for it’s lush rain forest and dewy weather), to southern Quebec down into the USA into California and Mexico. They are calling this drought “never been seen before.”

We are in the red zone in southwestern Manitoba. Crop failure in the Saskatchewan and Manitoba areas are bad news as they grow the bulk of legumes and grains. Alberta is beef cattle ranch country and beef farmers here are worried about having enough water for their livestock. Dugouts and other sources of water drying up or dried up.

Shortages due to crop failure and lack of water for cattle are going to translate into more money for the consumer as well.

What I am concerned about as a prepper is how rapidly food production is impacted when the weather becomes extreme. And, per the original post, how quickly insect pests that can affect food production can populate so quickly.

I am still searching for info on how to change my preparing in order to cope with this situation. I am looking at how to shift my food production, if it is possible.

In the “dirty ’30’s or The Great Depression, crop failure due to a long drought was a feature of life. It continued for 10 long years. People in Canada affected by it simply packed up and left. Some people starved to death.

Dorthea Lange made an incredible photographic record of images showing how a natural disaster like drought and a financial disaster like The Great Depression could impact people. Her photographs were of American people. In Canada, our images were the same. Overwhelmed people fleeing a disaster.

Dorthea Lange and images of drought during The Great Depression

Our hope is for the rain that is again promised to come. So far we have had a few sprinkles but the regular rainfall that we see is predicted and then doesn’t happen.

Even if we get the rainfall that is once again predicted, to the extent that we now need it, I will never forget this experience and how rapidly we were impacted by drought conditions. Never again will I omit food production during a drought in my preparedness planning nor how fast insects can take over.

I will post any helpful information on alternate grow methods or strategies as I can research and find them. 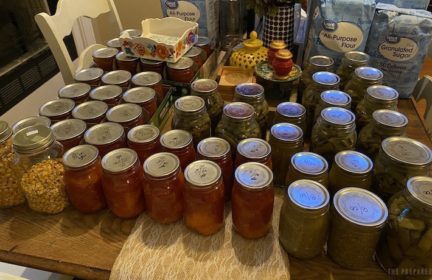 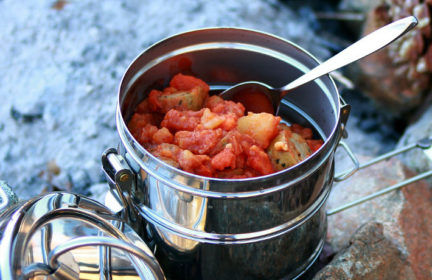