Interesting article from 2020 about US Homesteaders

WASHINGTON, Jan 27 (Thomson Reuters Foundation) – Cheap housing, deep unease and intense resilience – all forces that are driving a clutch of Americans to swap city life for a fresh start off grid and far from civilisation.

Some are survivalists, among them high fliers who fear a looming, urban catastrophe and the mayhem that might follow.

Others want a greener, gentler life untainted by the malign forces of capitalism and uncertainty of mainstream politics.

Whichever camp, realtors say the new dropouts are not “crackpots” and often include affluent professionals whose run for the hills has boosted rural land values and started to change their property market. “I’ve had hedge-fund managers and billionaires that have made purchases, and they all have concerns about the direction of the economy and social stability,” said John E. Haynes, president of Retreat Realty in North Carolina.

“We’re on that upward trend,” he said. “Inventory of that land on the market is tighter.”

Haynes has worked in real estate for decades.

About four years ago, he rebranded his company to pitch property to a new and growing breed of buyer – those motivated by “concerns about social stability”.

“I’m sensing that again,” he said. “People get uncertain, and they start making decisions on the political environment and what they anticipate.

Bruce – who values his privacy so would not let his full name be used – is buying 20 acres in remote North Carolina, where trees will become fuel and water springs from the land.

He has lived most of his life in cities, New York included.

But now the plan is to escape the urban jungle – a place of traffic, noise, poverty, crime and much else Bruce dislikes.

“It reached the point where we were tired of being on the defensive,” Bruce, in his mid-50s, said of city life and the hazardous technical setup on which it relies.

“Amazon can deliver groceries in two hours, but will the grocery store have food three days after a large disaster?” he told the Thomson Reuters Foundation, noting the cataclysmic potential of a major disruption in electrical generation.

“Our hope is nothing like this happens,” he said.

“But should it, we’ll be better prepared to survive in a rural setting, where more food is grown locally, where we have land on which to raise food or livestock, or hunt.”

Often called survivalists or “preppers”, many escapees twin an expectation of impending doom – or outright social collapse – with a deep disbelief in the government’s ability to cope.

Buying land – or “bugout” property, derived from military slang for a retreat – is a priority, with real estate networks compiling national lists of “prepper lands”.

Most survivalist land purchases are in the mountains of the U.S. northwest, primarily Idaho, Montana and Wyoming.

In 2011, a blogger and former U.S. Army intelligence officer named James Wesley, Rawles – he includes the comma in his name – wrote a widely circulated post urging “freedom-loving Christians” to move to the region as a safe haven.

He dubbed the area the American Redoubt and urged followers to “buy land that will maximise your self-sufficiency.”

It is unclear how many heeded his call, but the Economist magazine estimated they numbered in the “thousands of families”.

The state had one of the top U.S. growth rates in 2015-16, driven in part by escapees from California and neighbouring Washington state, according to Boise State assistant professor Jeffrey Lyons.

Disaffected Californians make up a substantial number of clients for Black Rifle Real Estate, which says online that it helps people “Flee the City to the freedom and safety of Rural America and the famed American Redoubt.”

Broker Todd Savage said his business is at an all-time high, driven by frustration with how many U.S. cities are governed.

“Most of our clients are now looking to sell their postage-stamp size properties … and make what we call a ‘Strategic Relocation’ to a free state,” Savage said in an email.

Driven by new demand, the company is expanding outside of the so-called Redoubt – to Arizona, which Savage said enjoys lower taxes and far looser gun controls than liberal California.

“Arizona is the new Idaho for many seeking relief from the tyranny in California,” he said.

Conservatives are not alone in the new land rush.

“When I started out in 1973, the big thing then was the ‘back to the land’ movement,” said Neil Shelton with the Ozark Land Company, a developer active in Missouri and Arkansas.

What he is seeing now is a “new iteration” of that movement,” he said, and one driven by innovation: the pre-built ‘tiny home’, typically 400-600 square feet.

Small structures have made home ownership more affordable, he said, for some accelerating the new mood of escapism.

“This tiny-house movement is the biggest thing I’ve seen since” the 1970s, Shelton said.

Kim Moore, 63, said she and her husband had bought nearly 60 acres in North Carolina after enjoying a holiday there.

“I’m not a survivalist, but as much as possible, I’d like to live on the land,” she said.

Moore and her husband plan to build a series of small homes and create a “co-housing” community of family, friends and others with similar values.

“I want it to be sustainable, something that isn’t going to ruin the land, and something that’s big enough that all of my friends can join in,” she said.

“It’s something that feeds my soul.” 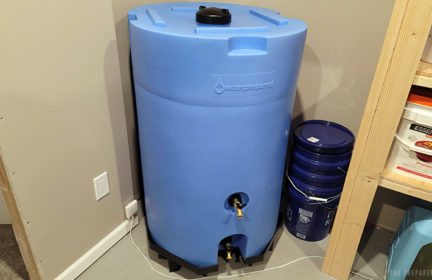