It is Christmas Eve, the sun is out & the temp is 70 degrees. I’m home alone, as my wife stays with her 100 year old mom several days a week. So what to do? How about head down to my home range & do some shootn’! Today I’m shooting my favorite rifle… my 300 Blackout. 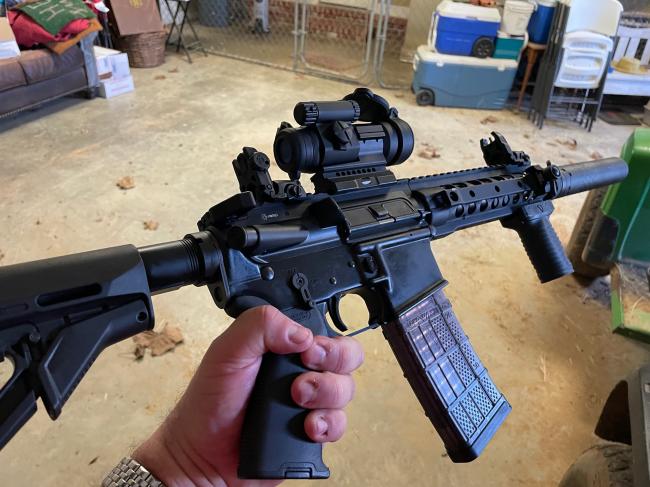 So to begin with, it is a SBR… short barrel rifle. The barrel is 11.5 inches long, as opposed to a standard 16″ carbine barrel. To have such a barrel, I had to apply to the government, the ATF, to get checked out & approved. The approval form is called a stamp & it costs $200 to apply for one. I like to shoot SBRs because I also shoot with a suppressor. The added length & weight of a suppressor to a carbine length barrel is just excessive for me. The gun just isn’t balanced. But put a suppressor on a SBR & it just feels & looks natural to me. Oh, by the way, you have to get a stamp for each suppressor too.

300 Blackout ammo is relatively new.  What I like about it is that it shoots a much larger & heavier bullet than a standard 5.56 AR.  This gives it really good knock down power.  This ammo also burns all its powder completely when shot thru a short barrel.  And best of all, when using subsonic ammo with a suppressor, the gun is rather quiet.  Not silent by any stretch… but quiet enough you don’t need hearing protection.  The down side is that this ammo is not well suited for long range shooting.  At my age, I won’t shoot anything past 100 yards, so that is a non factor for me.  I mostly shoot subsonic ammo as it is much quieter than high velocity ammo.  With high velocity ammo, you get a very loud crack as the bullet passes thru the sound barrier.  By using ammo that stays below the speed of sound, you don’t get that loud crack… plus the ammo itself is a bit quieter. This rifle, as with any AR styled rifle, is exceptionally easy to shoot.  There is almost no kick, it is very quiet with the suppressor attached, and it is simple to aim.  I use an Aimpoint Pro red dot sight with backup iron sights that fold down when not in use.  The Aimpoint will run for around 3 years on a single battery, but if the optic were to fail in a crisis, the backup sights pop up & you can see them thru the nonfunctional Aimpoint.  This is called a co witness.  In the pics below, note the backup sights down and then up. 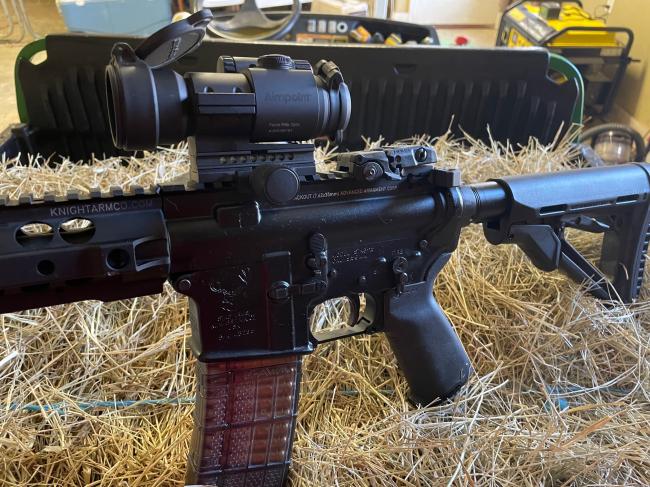 For this rifle, I use a Saker 7.62 suppressor with quick detatch. The upper is an AAC SBR 300 Blackout upper.  I use a Stag lower.  And below, is pictured my home range located in my bottom pasture. 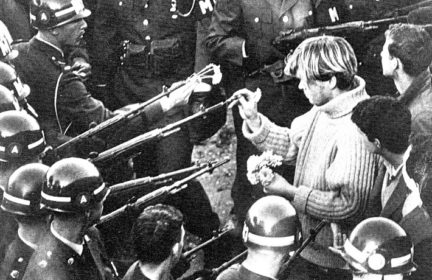